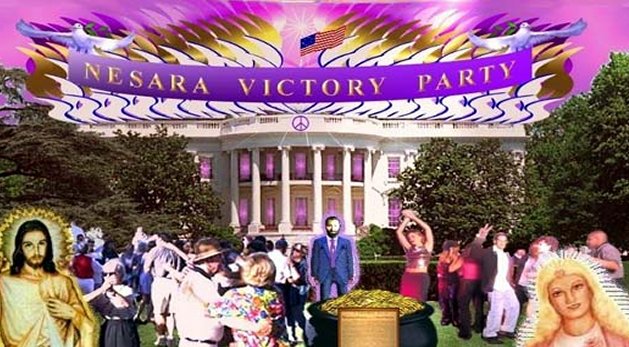 As the United States government struggles under the weight of both the pandemic and the economic devastation it’s brought, an old conspiracy theory has suddenly reared its ugly head – and because I’ve written about it before, I’m in a unique position to write about it again.

That conspiracy theory is NESARA, a pie-in-the-sky prosperity scam that would see all debt abolished and vast riches raining down on the people as the culmination of a great war between good and evil. In the prospective cash payments, mortgage pauses, and debt forgiveness that are being kicked around by Congress, conspiracy believers see the fulfillment of NESARA – a time of light and hope that will make us all rich beyond our dreams.

Rep. Waters’ plan includes $2,000 to every adult + $1,000 for every child per month, suspends all credit card and consumer payments, $5 billion for emergency programs for the homeless, bans evictions and repossessions, & forgives $10,000 or more of student loan debt per person https://t.co/y752xy89Rl

1. Trump announces NESARA and a New Gold Backed Treasury Dollar (USDN) to replace the FED's USD initially as a rate of 1:1.

2. XRP as the global currency will be set to an initial price of 2,000 USDN

If QAnon is a combination of “The Hunt For Red October,” “The Da Vinci Code,” and “The Turner Diaries,” NESARA is the merging of Star Wars, “Mr. Smith Goes to Washington,” and modern day prosperity gospel.

It’s been around for over two decades, and while it’s ebbed in and out of the consciousness of the conspiracy theory community, it’s never entirely gone away. In fact, NESARA’s complicated mythology and ever-approaching yet never arriving great awakening make up some of the DNA baked into QAnon.

If you see the word #Nesara, that comes from a long-running currency re-evaluation scam that has suckered investors for over a decade. They use intel of world events to support the idea that the world will be flooded with wealth and people who bought Dinar will be billionaires.

Like many conspiracy theories, the 2020 version of NESARA is part real, part fiction.

As I wrote for Skeptoid in 2014, NESARA began life in the late 1980’s as the “National Economic Security and Recovery Act.” It’s a set of monetary reforms and tax law restructuring written by engineer and teacher Harvey Francis Barnard in his (now-ironically titled) book “Draining the Swamp.” Barnard imagined a massively overhauled US financial system that would abolish the Federal Reserve, ban interest on compound loans, forgive consumer debt, re-peg the dollar to the gold standard and remove the current income tax in favor of a national sales tax. The end result would be a massive increase in the national standard of living, and the eradication of consumer debt, which Barnard saw as a great social evil.

While he printed 1,000 copies of NESARA and sent them to every member of Congress, that’s as far as it went. NESARA’s lofty goals were never was seriously taken up by anyone, and after Barnard spent more than a decade moving it forward, he published it himself in 2000. It quickly became a good fit for the grifting community that grew out of a busted prosperity scam called “Omega Trust” that sold “prime European bank notes” repackaged as “Omega Units” that would bring vast profits once they rolled over.

The elites of the world are the ones getting infected…do you wonder why? #nesara #gesara pic.twitter.com/5t779BslHO

Once the FBI caught on to Omega, one its victims saw an opportunity to monetize NESARA. Shaini Goodwin was an Omega “investor” with a complex personal history of bankruptcies, unpaid taxes, and New Age beliefs. Goodwin became NESARA’s head cheerleader, propaganda minister and chief evangelist.

Under the screen name “Dove of Oneness” Goodwin and a few others posted an unstoppable flow of updates on NESARA, buying time before the unveiling of its “prosperity packets” by creating a gigantic conspiracy to stop it. She pitched a war between heroic “White Knights” and a “dark cabal” of banksters, with prosperity for all hanging in the balance. Even 9/11 became part of the NESARA mythology, as Goodwin claimed on the morning of the attacks that “The three targets today were ALL connected to NESARA and the banking changes. […] The orders for these plane attacks came from U.S. citizens who are trying to stop our deliveries/funding and NESARA.”

Goodwin kept the scam going for years, amassing 15,000 devoted fans who sent her money in exchange for “updates” which eventually came to involve aliens, prophecy, a “Galactic Federation,” angels made of light, and gag orders from the Supreme Court. She even used some of the money to buy rolling billboards to drive around Washington and demand “NESARA NOW!” Eventually, the IRS came knocking, and Goodwin spent the last years of her life fighting tax liens and accusations that she was a scammer who preyed on the elderly. When Goodwin died in 2010, NESARA mostly faded away, replaced in the prosperity scam firmament by the Iraqi dinar scam, and then by QAnon.

But fans of NESARA (who also refer to it as “GESARA” or the “global currency reset”) never quite went away. And they got extremely excited when word came down of the US government looking to give away cash and forgive debt. Was this their beloved NESARA being enacted over three decades after Barnard first proposed it?

It’s not, for several reasons. One is that the conspiracy theory version of NESARA bares little resemblance to the original “Draining the Swamp.” As usual, there are different tweaks on it put forth by different gurus, but nothing Bernard ever proposed involved things like abolishing birth certificates, installing a new government, instant world piece, releasing “6,000 suppressed technologies,” or any of the other utopian gibberish currently going around NESARA Twitter.

All of that came from “Dove of Oneness” and the other gurus who twisted Barnard’s book around to form an online cult.

Moreover, nothing currently being proposed by Congress has much relation to either version of NESARA. Pauses in mortgages, rent, bills, and other obligations will be a big help to Americans struggling with the new reality, but NESARA’s reforms were meant to be permanent – not the temporary fix that Congress is looking at. Beyond that, Bernard’s biggest goals were a national sales tax, a return to the gold standard, and other equalization policies meant to close the wealth gap between the top and the bottom. Remember, Congress had the chance to take up NESARA decades ago, and uniformly ignored it. Why would things be any different now?

It seems inevitable that whenever the money from Congress starts coming, there will be conspiracy gurus devising ways to grift it away from the people who need it the most. Don’t fall for it, and don’t expect a pie-in-the-sky Hail Mary like NESARA to be the answers to all of your problems.

Follow me on Twitter for more musing about the many conspiracy theories and hoaxes associated with coronavirus. 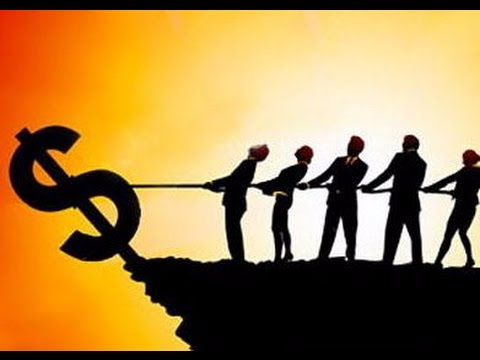