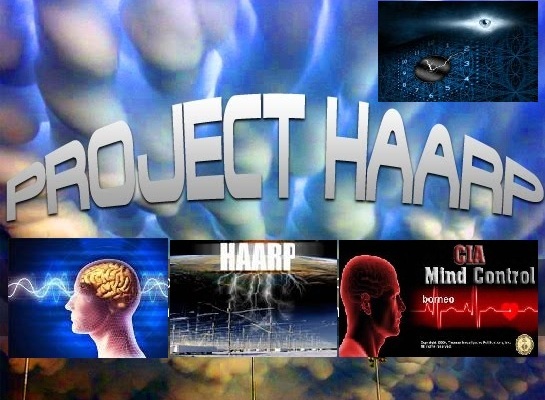 As you may know, I wrote a book that’s coming out on October 15th! It’s called “The World’s Worst Conspiracies,” and you can order it here from Amazon, or likely also from your local bookseller. If you have one.

One of the conspiracy theories I wrote about in my book is in the news because of Dorian: HAARP.

This is the idea that the US has a massive weather control array that can create both hurricanes and earthquakes, and deploys it as a distraction from unflattering news. pic.twitter.com/7gP6ltMBDb

So buy my book for that conspiracy-minded friend of yours, the one who keeps insisting that chemtrails are real, that Area 51 is a hive of alien research, and that flu shots are poison. Buy it for your aunt who keeps posting flat earth memes on Facebook. Or buy it for a student to arm them with the rudiments of critical thinking.

With Hurricane Dorian’s impact just starting to become truly understood (other than on the Sharpie business), here’s an excerpt of the book’s chapter on HAARP. This is the radio transmitter array in Alaska that’s one of the biggest bogeymen of the conspiracy theory movement, blamed for everything from earthquakes to targeted radiation attacks on individual people.

Most of all, it’s blamed for extreme weather events like hurricanes. And this isn’t just a social media invention, either. Blaming HAARP has been a lucrative business for the last quarter century, starting just a few years after the strange, remote array went online…

Located in rural Alaska is a government-created transmitter array that conspiracy theorists believe has the power to harness Extremely Low Frequency (ELF) waves to manipulate the weather, alter the electromagnetic makeup of the atmosphere, and even to control minds and cause pain. Its name: HAARP, or High Frequency Active Auroral Research Program.

Since its construction in 1993 by the US Air Force, HAARP has been used to study plasma physics, electron emissions, how atmospheric disturbances effect GPS signals, and to observe meteors and solar flares. Because it takes an enormous amount of power to generate ELF waves, HAARP uses a bit of a shortcut, turning the ionosphere into a giant ELF transmitter by hitting it with focused high frequency radio waves. In particular, HAARP studies have helped determine how the ionosphere effects communication between submarines and satellites, as ELF waves move more easily through water than air.

But to conspiracy theorists, HAARP is nothing less than a machine that imbues the powers that be with a mind-boggling array of ways to control us and punish those who step out of line.  A number of prominent researchers have expressed reservations about HAARP’s power, including the brother of a former US Senator, several renowned physicists and military officers, and former Minnesota governor Jesse Ventura. ELF waves have been blamed for the rampage at the Washington Navy Yard, where a shooter who claimed to hear voices in his head killed 12 people. Also, it’s said to cause physical pain, projections of UFOs, and targeted childhood cancers. Could this be possible? Since HAARP is very real, we know a great deal about what it does. But much of this work is complex, esoteric, and done in a remote part of the country. Hence, the conspiracy theories trying to figure out what it “really” does.

And a day later, #Dorian is still sitting there….the next morning and into this afternoon: #HAARP geoengineering and storm steering? Look up US Navy's "Owning the Weather by 2025", written in late 1990s. pic.twitter.com/BrQLEPYrLo

The conspiracy theories about HAARP took off thanks to a combination of timing and the people involved with building it. HAARP began operations in 1993, and it took a few more years for the first conspiracy theories about what it “really” does to hit the media. In 1995, Nick Begich, Jr., the son of an Alaskan congressman, published a book called “Angels Don’t Play this HAARP: Advances in Tesla Technology,” making a series of wild accusations.

Begich claimed that the array can “disrupt human mental processes, jam all global communications systems, change weather patterns over large areas, interfere with wildlife migration patterns, negatively affect your health, [and] unnaturally impact the Earth‘s upper atmosphere.” Begich goes on and on describing how HAARP will be used to “boil the upper atmosphere,” “alter mental functions,” and even fry the nervous systems of America’s enemies, creating what Begich refers to as “war without death.”

All that and more, in “The World’s Worst Conspiracies.”