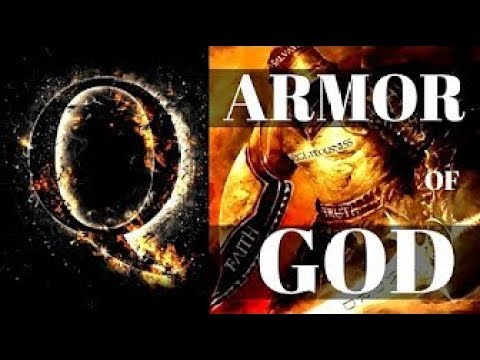 Can a cult survive without its leader? What happens when an evolving religion gets no new scriptures?

These are the questions to ponder as the QAnon conspiracy theory evolves into what appears to be a new phase: less an ongoing puzzle to solve or a story constantly being added to, and more of a general philosophy based on the study of codified works.

From March 30th to April 22nd, Q has made just six posts. And they feel perfunctory, not as if the Q poster is trying to add new layers to the mythology, but instead, to keep followers from walking away. They ape Q’s trademark combination of rhetorical nonsense and circular riddles, but only in the service of rehashing old stuff.

New #Qanon! The story is playing out exactly as expected! #BringThePain! pic.twitter.com/28zyYkkc4A

One asks only “Rod’s departure next?” referring to the Deputy Attorney General who Q had predicted half a dozen times would be fired – and has already given the media notice he’ll be leaving the DOJ when the Mueller investigation is wrapped up. Another is a picture of the Port of Long Beach. One is a Fox News link. These bear all the hallmarks of either a new and inexperienced person at the helm of the Q tripcode, or a scammer who is on their way out the door.

It’s a fool’s game to guess what the Q poster will do next. They’ve gone weeks without posting at all, only to return with hundreds of new drops. But if this languid pace keeps up, it will essentially mean that the Gospel of Q, the infallible gospel of the epic battle between the White Hats and the Deep State, will be sealed. While Q is a movement that theoretically tells members to “think for themselves” (and therefore can’t be a cult), the most oft-replied comment I get after highlighting a bit of racism, violence, or insanity by a Q believer is “Q never said that.” The Q motto “where we go one we go all” is instantly superseded by anything Q posts.

So what happens when Q stops posting?

To answer that question, it’s helpful to look at QAnon not as an internet poster dropping rhetorical riddles, but as a movement built around decoding those riddles.

That’s why so few people in the movement have any interest in unmasking the Q poster – it doesn’t matter to them. The drops are important, not who posts them. The Torah is traditionally ascribed to Moses, other than the last few lines describing his death. But Jewish scholars disregard that tradition in favor of authorship by a nebulous group of unknown authors. Who wrote it doesn’t matter – only that it was written.

The movement to decode the riddles will not cease once the riddles stop flowing. The core of the Hebrew Bible was likely canonized sometime around 400 BCE, while the Gospels of Matthew, Mark, Luke, and John were written and codified in the first two centuries after Christ’s birth. The Judeo-Christian tradition has no “new scriptures,” only new interpretations and teachings based on the old ones. The same holds true for more recently created religious movements. Once a belief system has enough tenets to survive without the original creators of those tenets, it can thrive indefinitely.

We’re already seeing QAnon decoders go back to old posts and attempt to divine new meaning from them. Why shouldn’t they? Q believers see the riddles, stories, and thought prompts in these posts as no less valid than Christians see the same riddles, stories, and thought prompts in the Bible. And that’s not to slight Christians. It’s to, in a backhanded way, praise the durability and depth of the fiction QAnon created.

Comey’s “So many answers.” tweet. I took the pic, and flipped one and mirrored together.

Sigil of the rabbit?

HRC = Alice
SA = Wonderland
WHO ARE THE WHITE RABBITS?
Re_read drops re: SA
Have faith.
For God & Country.
Q

Q believers have barely noticed Q’s absence, yet busy themselves with new memes, tweets, 8chan posts, and videos. So with a scripture in hand, and a core of prolific interpreters to hand down the true meaning of its words, there is literally nothing to stop QAnon from becoming a religion, with the drops as gospel, the decoders and disciples, Q as the father’s right hand, and God as God. We’ve already seen the queasy dovetailing of religion and conspiracy theory in the form of Q decoder David Hayes, AKA Praying Medic, a self-proclaimed “divine healer” (and one of the people theorized to be making the Q drops) who is at the center of a scandal in the QAnon world for not paying taxes after declaring himself a charity.

Are we that far from QAnon believers opening churches? Organized drop studies? Sanctifying Q’s name? It sounds absurd, but we’ve seen time and time again how these things don’t go away once they stick around for a while. L. Ron Hubbard’s Scientology was too big to just vanish once he died. Operating under another name, Aum Shinrikyo still has a small core of followers, even two decades after its gas attack on the Tokyo subway. It’s likely that given its vocal presence at Trump rallies and online, as well as the large amounts of money said to be taken in by the big Q interpreters, Q is simply too widely-believed to not be able to survive the disappearance of the Q poster.

GOD & TRUMP: There are more things in heaven and earth and in the sky than perhaps can be dreamt of. And somewhere in between heaven, the sky, and the earth, lies #QAnon#MAGA #KAG∞ pic.twitter.com/Wj4R7TkRuZ

There are other possibilities, too. Prosperity scams like QAnon rarely go away entirely, they just discard much of their mythology and transform into something else. The NESARA scam and its parent the Omega Trust scam had little in common when it came to nitty gritty details, but were almost identical in their basic makeup: a tiny amount of money being transformed into a large one.

Whatever follows Q likely will discard the drops and the terminology, much of it having proven to be either incorrect or nonsensical. But it will probably continue the through-line of a vast, ancient cabal at war with a small group of informed patriots. Isn’t that basically the Star Wars saga? Isn’t that essentially the earliest days of Christianity?

QAnon might go away in principle, and it might not. But the tantalizing fiction brought forth by the Q drops will stay with us, and probably find a whole new cohort of boomers to radicalize. Whatever it will be, we have to stay on watch.

2 thoughts on “With or Without Q”